Agenda 21: Micro-Apartments Built Across America in the Name of Sustainability

In San Francisco single individuals are rent their very own 1st generation Agenda 21 two hundred and twenty-two square foot apartment (if the closet and bathroom are factored into the allocated living space). The intention of these “shoe box homes” are to house marginalize the general public and train them to accept less living space in the name of affordability.

In the South Market neighborhood in San Francisco, Patrick Kennedy, a UC Berkley-based developer, will reveal his contribution to the move toward cramped housing with mini-apartments of 300 square foot. Kennedy explains: “You could obviously build more of them if you don’t have to do them as large.” 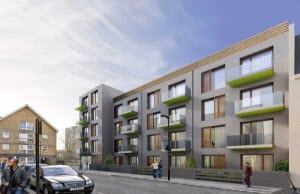 Residents who live alone can expect to be coerced into giving up extra room for breath-taking views of the Bay area, furniture that comes out of the walls and beds that convert to couches to maximize living space.

In essence, these mini-apartments are only a bit bigger than the average US prison cell, although designed to resemble a hotel room.

Back in July, New York Mayor Michael Bloomberg announced the construction of 275 to 300 square foot micro-apartments in Kips Bay in a beta-test to coerce New Yorkers into living in tight-knit, purposefully dense areas to alter the psychological landscape toward conversation globalist style.

In Boston, one developer exclaims that renters only need 450 square feet to live in and anything else is a waste of space. In the Seaport District Mayor Thomas M. Menino says that young professionals will want to live in these mini-apartments because of their exceptional waterfront views. Menino’s $100 million endeavor called the Boston Wharf Tower is a “project will help turn this neighborhood into a vibrant, 24-hour mixed-use community.”

Chinese company prints 10 homes in one day | Forum for the Future http://t.co/irCVGUArEu#ecofascism

In these units there is barely room for furniture, so designers made sure that there would be a pull-out couch and a comparatively small monthly rental to justify asking the Bostonian public to live in a personal Agenda 21 prison.

Mark Edlen, developer of the Boston Wharf Tower, says that “we’re into building housing that enables people to live, work, and think differently. We think of the common space in our buildings and the streetscape outside as the living room for our residents.”

Edlen is also involved in building 330 square foot apartments across the street from the Boston Wharf Tower. These mini-apartment complexes are touted as glorified bedrooms because the modern Bostonian is expected to dine, socialize and work outside their residence – so why have so much room to live in? The idea is to create more reason for pedestrians, less room for personal cars, and the shoe-box apartments are justified.

Last June, at the UN Conference on Sustainable Development, there were more than 692 promises of monetary support by world leaders for Agenda 21 policies and schemes which amounted to an estimated $513 billion.

Local Governments for Sustainability USA, a.k.a. ICLEI, is a non-governmental organization (NGO) sponsored by the UN to implement Agenda 21 in America. By their own mission statement, ICLEI is designed to “build, serve, and drive a movement of local governments to advance deep reductions in greenhouse gas emissions and achieve tangible improvements in local sustainability.” They are responsible for the coercion and “consulting” that manifests the micro-apartments, sustainable living, and light-rail depots that will alter American living to reflect the controls of the global Elite as explained by the UN in a subversive march toward global governance.

Jose-Angel Gurria, secretary-general of the Organization for Economic Cooperation & Development, explained: “Without the private sector it’s not going to work. While governments put up the seed money, the big numbers come from the private sector. The private sector is looking at green growth with great interest, seeing it as an opportunity, as jobs, as investment.”

Some of this funding has translated into the Sustainable Communities initiative that is pushed by the US government. This Agenda 21 scheme supports micro-housing built near light-rail depots to combine “lower transportation costs, reduce air pollution and storm water runoff, decrease infrastructure costs, preserve historic properties and sensitive lands, save people time in traffic, be more economically.” 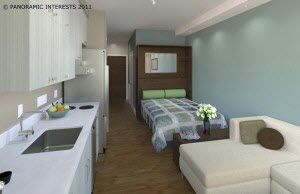 Marketed as “important to our national goals of strengthening our economy and creating good jobs”; these “sustainable communities” place more importance on biodiversity as less emphasis on human needs. The focus of the Partnership for Sustainable Communities is to develop:

Beta-testing of sustainable communities are happening in Colorado, Boston, Missouri, California, West Virginia, South Dakota, Arkansas, Alabama, North Carolina, Ohio and many more states across the domestic US. The Environmental Protection Agency (EPA) is awarding money to states that follow the Agenda 21 guidelines set forth in their manual entitled, Smart Growth Illustrated.

In the Transition Town initiative, these already existing towns are modified to reflect the UN’s Agenda 21 mandates on CO2 emissions. These sustainable towns are popping up in Australia, Canada, England, Germany, Ireland, Italy, the Netherlands, New Zealand, Scotland, South Africa, Spain, Sweden, and the US. Through manipulative training courses and propaganda films , Transition Towns are beginning to take root as a fake grassroots effort that poses a great danger to our individuality and personal sovereignty.

Eco-fascists are concerned about the growing population and its relationship to our growing cities. By demanding that megacities become the mandate for population stabilization, there would be an increased effort to save biodiversity and reduce man-made global warming.