At the height of the Cold War, the CIA conducted covert, illegal scientific  research on human subjects. Known as Project MK-ULTRA, the program subjected  humans to experiments with drugs such as LSD and barbiturates, hypnosis and  (some reports indicate) radiological and biological agents. In 1973, CIA  Director Richard Helms ordered all documents from Project MK-ULTRA destroyed. 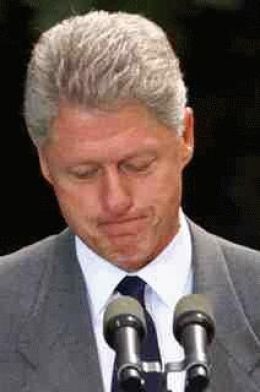 Nevertheless, late the following year, the New York Times reported on the  illegal activities. In 1975, the Church Committee, headed by Senator Frank  Church, and a commission headed by Vice President Nelson Rockefeller  investigated the project. They found that over more than two decades, the CIA  spent nearly $20 million, enlisted the services of researchers at more than 30  universities and conducted experiments on subjects without their knowledge.

Some  of the research was performed in Canada. Some historians argue that the goal of  the program was to create a mind-control system by which the CIA could program  people to conduct assassinations. In 1953, Richard Condon dramatized the idea in  the thriller The Manchurian Candidate,  which was adapted into a film starring Frank Sinatra. Such ultimately wacky  ideas were also dramatized in the recent George Clooney film The Men Who  Stare at Goats.

In December 1974, The New York Times reported that the CIA had conducted illegal domestic activities, including experiments on U.S. Children, during the 1960s. That report prompted investigations by both the U.S. Congress and a presidential commission into the domestic activities of the CIA, the FBI, and intelligence-related agencies of the military.

Until that time MK Ultra Project was considered as “Just Another Conspiracy Theory“. In fact most people today are not even aware about the official inquiries above so that they still think it’s just crazy stories invented by creative minds authors and children. This is really sad that the People themselves cover up the story by their own ignorance and add to the suffering of the victims by disbelieving their genuine story.

If after these revelations, some people still stay silent and continue to make denials, then this may explain why some Germans still make denials of the Holocaust: they just can’t believe that their own government was acting as evil. In fact the MK Ultra Project is one degree above the Abu Grabi or even the Holocaust because at least Gov can pretend it was against ennemies. But there’s no pretext to consider US Citizens who were Children of 4 to 7 years old as such  ennemies.

If some people really respect democracy they have the duty to spread the words to make these stories known to prevent what risk to happen in the future: the extension of the scale of these experiments to the Global World. And it is not science fiction it is written in black ink by Brzezinski the National Security Advsisor of Bush and Rockefeller, the same who crafted the Plan of Irak Attack even before 9/11 (see this excerpt of his book “The Grand Chessboard: American Primacy and Its Geostrategic Imperatives“). So his plan for Mind Control Program over the World should also be taken seriously as he said in his book “Between Two Ages”:

It is possible–and TEMPTING–to exploit, for strategic-political purposes, the fruits of research on the brain and on human behavior. …Accurately timed, artificially excited electronic strokes could lead to a pattern of oscillations that produce relatively high power levels over certain regions of the earth.

In this way, one could develop a system that would SERIOUSLY IMPAIR THE BRAIN PERFORMANCE OF A VERY LARGE POPULATION IN SELECTED REGIONS, OVER AN EXTENDED PERIOD.”

What is Mk Ultra?