InfoWars – Please share this post with anyone you know and love who still pays for cable TV.

I am finally calling to disconnect my cable TV. I don’t need it anymore. (I actually never did – I always knew it; but I never knew how important it was to take a stand against it.)

2012 is the year that we should all try to reconnect to what is real. I mean – really real. And what is true and right for each of us. Increasingly it’s become apparent that television does not give us reality- and probably never did. I mean, they called it the BOOB TUBE back in the 50s didn’t they? It it has only gotten worse since then. Way worse.

Please join me, and free yourself from the crap-encrusted chains of cable television. 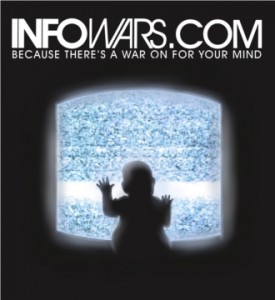 1. Anything interesting that might happen to be aired on TV can be seen on the internet HOURS (sometimes days) before. And sometimes the really interesting stuff is never seen on TV because someone, somewhere does not want you to see it and they mistakenly think they can keep you from it.

2. You have to search for the truth – the television is NOT the place to find it. Cable news will NEVER tell you the truth – never, ever.

3. Reality television is not reality, nor is it entertaining…unless you feel the need to waste your time relishing in the misfortune and embarrassment of others.

4. The TV does not allow you to comment, give your opinion, or call bullshit on what you read, hear, or see – the internet does.

6. “Healthy GMOs” (the world’s most dangerous oxymoron) advertisements. No, High Fructose Corn Syrup is NOT just like sugar, no matter how many times and ways they say it.

7. The Mayans say we have less than a year left on this planet – do you really want to spend it watching someone else living a fake life? Wouldn’t you rather spend what precious time you have left living your own life?

8. Political LIES – both sides, all channels. This is an election year – and every politician will be on TV telling lies. (Except Ron Paul – he’s awesome.)

9. You will always be more interesting than any person on TV. Period.

10. $$$$$ – Why should we pay inflated prices for something that hides the truth, does not entertain us, may actually hurt us, and can never be as interesting as our own lives? That’s like paying for an ex-boyfriend to hang around. Isn’t it?