Why Does the Government Care so Much About Vaccinating You?

Elizabeth Renter – The government cares about you being vaccinated. No, they don’t necessarily care about the negative effects of the vaccination or your concerns, but they do invest millions of dollars to ensure as many people as possible receive things like the flu vaccine every year. They say they care because they want you healthy, but evidence shows not only do they not care, but vaccinations aren’t a good way to maintain health. Why? What’s the big motivator for the government to push vaccines like a dealer pushing illegal drugs on the corner? 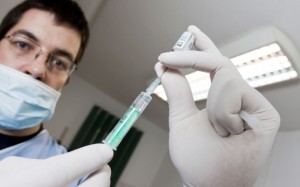 Like any other drug dealer, there’s only ever one real motivation, and it isn’t your health.

The Alliance for Natural Health reports that the federal government has recently invested $400 million towards developing vaccines and similar drugs. This money is going to the Big Pharma companies of Novartis, Lonza, and GlaxoSmithKline, among others.

They recently gave Sanofi Pasteur $77.4 million to retrofit their vaccine plant, far less than the company is putting towards the changes themselves. They’re doling out taxpayer money by the fortune and giving it to these companies who hide behind what they call “prevention” and “preparedness,” never minding the fact that the effects of these vaccines are highly questionable and the flu vaccine still contains mercury—one of the most toxic substances on the planet.

But it gets much, much scarier (and crazier). We recently reported that one biotech company known as ProdiGene, the officials from which actually faced jail time back in 2002 for contaminating the traditional food supply with ‘biopharmaceutical’ crops that were growing pharmaceuticals and vaccine components associated with AIDS, diabetes, and diarrhea. As if forcing vaccines on the public and infants isn’t enough, we need biofarms too?

Any concerns raised by the people or by science are cast off as conspiracy-theories or anomalies. But despite maintaining vaccines are for the good of everyone, the government has set up a vaccine court to help support Big Pharma should they get caught up in lawsuits. The National Vaccine Injury Compensation Program is designed to compensate people who are adversely affected by vaccines without really placing the blame on vaccine makers. It protects Big Pharma with federal dollars.

Though they maintain vaccines are safe, the National Vaccine Injury Compensation Program has “issued decisions in favor of plaintiffs who were hurt by the flu vaccine”. They don’t want you to know about that though. They ignore the numbers which show an increase in adverse reactions to flu vaccines. They disregard research that shows people who received the flu shot were actually more likely to develop H1N1 than those who didn’t. They whitewash it all and urge everyone to get the injections.

The vaccine industry is just another money-making, good-ol’-boy network of “Crony Capitalism”. It isn’t about your health or the “preparedness” of the nation for an outbreak. It’s about money. It’s about lining the pockets of the multi-billion dollar pharmaceutical industry at any cost—including if that cost is your life or that of your child.

Learn your rights to saying no to vaccines today.