Susanne Posel – A school in Maryland has installed PalmSecure, a biometric scanning system that requires elementary students to place their hand on infrared scanners in order to pay for their school lunch. The unique nuances of each child’s individual hand will be catalogued and the image encrypted with a numerical algorithm that is combined with the cost of school lunches.

PalmSource, a Japanese corporation specializing in biometric technology offers this “authentication system” which is a marketed as a necessity in healthcare, security, government, banking, retail and education. 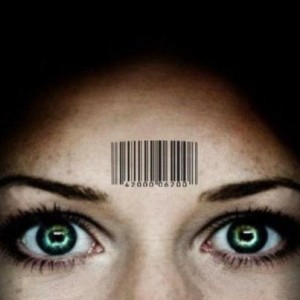 The corporation also provides an array of RFID chiped tags with memory capacity. The cost to taxpayers and parents for the installation of this Big Brother surveillance system in 43 schools in Maryland is estimated to be $300,000.

PalmSource is being beta-tested in Florida, Mississippi and Louisiana.

The school district of Spring Independent in Houston, Texas believes that “RFID readers situated throughout each campus are used to identify where students are located in the building, which can be used to verify the student’s attendance for ADA funding and course credit purposes.”

In Texas, children attending school in the Northside Independent School District will be required to carry RFID chipped cards while on campus. The 6,000 student’s movements will be monitored by faculty, in a pilot program that hopes to expand to tracking all students in the 12 districts.

Principal Wendy Reyes of Jones Middle School, explains: “It’s going to give us the opportunity to track our students in the building. They may have been in the nurse’s office, or the counselor’s office, or vice principal’s office, but they were markedly absent from the classroom because they weren’t sitting in the class. It will help us have a more accurate account of our attendance.”

In the San Antonio school district, the Student Locator Project (SLP) is being beta-tested at Jay High School and Jones Middle School – two schools in the Northside district. The SLP includes the use of radio frequency identification technology (RFID) to “make schools safer, know where our students are while at school, increase revenues, and provide a general purpose ‘smart’ ID card.”

Students rallied against the use of RFID chips in two of their middle schools in San Antonio, Texas. The school district “maintained” that controlling truancy and tardiness as well as gaining $2 million in state funding for the use of these tracking devices was the motivation behind the implementation of the technology. 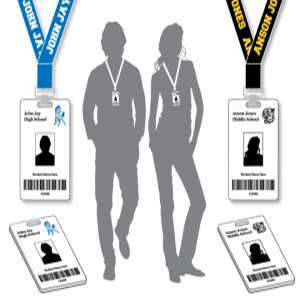 The school district of Spring Independent in Houston Texas believes that “RFID readers situated throughout each campus are used to identify where students are located in the building, which can be used to verify the student’s attendance for ADA funding and course credit purposes.”

In order to check out school library books, register for classes, pay for school lunches, the “smart” ID card is being employed to trace and track students and their movements on campuses all across America. By using leverage of educators to coerce school districts to adopt this method of tracking students, the argument for the use of the RFID technology is campus safety, efficient registration, and food and library programs.

The US Department of Agriculture (USDA) demands that ranchers use RFID chips to monitor their livestock. It is expected that RFID chips will become a part of our daily life, with their presence embedded in clothing, packaging, and bar-code labels on retail goods.

Herding and surveying people in our society with the use of RFID chipping disrupts our innate ability to remain private and infringes on our Constitutional civil liberties. The information contained in the RFID chip could be the individual’s social security number, home address, medical records, school records, criminal records, financial records, and any other information that can be referred to digital storage. These chips can be accessed either by a source 100 feet or more from the person wearing the RFID chip. Remote access to the information contained in the chip is able to be read by directed satellites and sent to database centers where it can be used within a digital profile.

The Department of Homeland Security (DHS) has built 70 counterterrorism fusion centers across the nation. The cost to taxpayers is $1.4 billion so that federal and local law enforcement agencies can use surveillance equipment to database the movements of American citizens. According to a US Senate Permanent Subcommittee on Investigations report on fusion centers, some may be allocated for pre-crime suspicions, others would be simply watched so that they the US government will be able to properly learn how to control a mass of people.

These fusion centers receive mostly unusable information that endangers citizen’s civil liberties. The Committee could not surmise from data provided by DHS how the fusion centers worked with local law enforcement, but rather came to an assumed conclusion that data being collected on Americans is being stored within DHS facilities for the expressed (and as of now unknown) use by the federal agency.

Meanwhile, mainstream media is busy selling the idea that multi-media devices like smartphones, need to be implanted in the body. In the not-so-distant future, corporations hope that humans will embed microchips into their brains in order to use technologically advanced devices. However, this endeavor has a dark side.

It is predicted that in 75 years “microchips can be installed directly in the user’s brain. Apple, along with a handful of companies, makes these chips. Thoughts connect instantly when people dial to ‘call’ each other. But there’s one downside: ‘Advertisements’ can occasionally control the user’s behavior because of an impossible-to-resolve glitch. If a user encounters this glitch — a 1 in a billion probability — every piece of data that his brain delivers is uploaded to companies’ servers so that they may “serve customers better.”

Base HAARP in Sicilia