The theater that is the war on terror has reached new heights as the CIA-sponsored Taliban have announced they will focus strategies on high-profile assaults. This plays into the agenda of the global Elite and their puppet world leaders who want the appearance of a problem to facilitate a reaction from the public that will be quelled by their solution.

US Embassies are being threatened as manufactured insurgents continue to cause violent situations that justify the need for US military and NATO forces which are littering the Middle Eastern landscape. 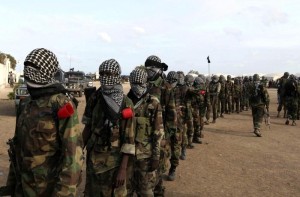 A few days ago, the US State Department directed diplomats at the US Embassy in Beirut to begin destroying “classified materials as a security precaution” in response to the anti-American protests in Lebanon. The State Department admitted that there is no immediate threat to the embassy; however the embassy staff were told to “reduce classified holdings” in a routine measure.

The game is create a political strife that seemingly swells out of nowhere and uses military tactical training to combat those fake revolutionaries in another transition process that will have little to now impact. The furtherance of US and NATO presence in these nations ensures that assaults and assassinations will continue as the CIA plants called al-Qaeda and the Taliban are used to carry out these false flags.

FDA: How Many of these Vaccine Facts do You Know?