(RussiaToday) – The Nobel Peace Prize has been awarded to the European Union for its role in securing peace to the continent.The Nobel committee says the accolade is meant to be an encouragement to the union in difficult times. Norway – the home of the prize – is itself divided over EU membership and has twice refused it in a nationwide referendums. 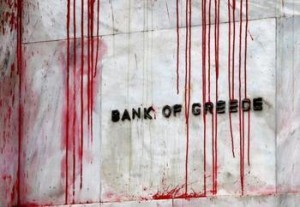 For more on this decision RT talks to host of the Keiser Report – Max Keiser.

EU Bank Seeking to Set Up Office in China