Shepard Ambellas – Depopulation is not merely an urban myth of globalist fantasy, but a true reality.

There are various agendas and proposals worldwide that are either implemented or on the table from Henry Kissinger’s National Security Study Memorandum 200 (NSSM 200) to Ted Turners admissions on video the globalists want us dead. 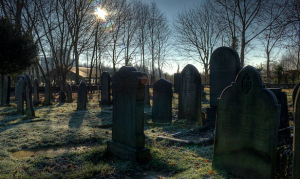 In fact, this was the driving force (the globalists mindset) that sparked the idea of our new film SHADE the Motion Picture that will be available this December.

The increase of about 45,000 more deaths than in 2010 was not surprising. The annual number of deaths has been generally rising for decades as the population has swelled.

“If you have an older population, of course you have more deaths,” said Qian Cai, a University of Virginia demographer who studies population trends. “That doesn’t mean the population is less healthy or less vital.”

Before last year, the largest number of deaths was 2.47 million in 2008. The number of deaths can jump up or down from year to year, depending on whether there was a bad flu season or other factors.

The Centers for Disease Control and Prevention released the report Wednesday. It’s drawn from a review of most death certificates from last year.

The report found that the rate of deaths per 100,000 people actually dropped to an all-time low. That was offset by the fact that there are so many Americans — about 314 million.

Other methods of depopulation worldwide include toxins in our water, air, poisons in toothpase, poisons in food, and more.

This study has been deemed “the most thorough research ever published into the health effects of GM food crops and the herbicide Roundup on rats.”

The study caused Russia to ban imports of U.S. GM corn due to the cancer risk.

France and most of Europe have effectively banned feeding GM crops to humans and Monsanto was found guilty of ‘chemical poisoning’ earlier this year.

In the Unites States, one in two men and one in three womenget cancer. What role does GM corn and soy play, which are common in most processed foods?

Walmart sells GM corn to its customers without labeling it as such.

Russian biologist Alexey V. Surov, and his colleagues were determined to discover if Monsanto’s genetically modified soy, grown on 91% of US soybean fields, leads to problems in growth or reproduction.

They found that after feeding hamsters for two years over three generations, those on the GM diet, and especially the group on the maximum GM soy diet, showed devastating results.

By the third generation, most GM soy-fed hamsters lost the ability to have babies. They also suffered slower growth, and a high mortality rate among the pups.

Other studies have linked GM foods to cancer. Monsanto’s GM-derived rBGH (which is a genetically-altered growth hormone given to dairy cows to make them more milk) was shown to increase the production of IGF-1 from 70-1000%.

IGF-1 is a very powerful hormone that has been linked to a 2.5-4 times higher incidence of human colon, breast and prostate cancer.

As the Health Ranger opined, GM foods appear to be the new Thalidomide, that morning sickness drug from the late 1950s that was quickly recalled for its deadly side effects.

It must also be noted that world famous researchers that expose the dangers of GM foods are routinely threatened, fired, ostracized and their findings denied by questionable “experts” with conflicts of interest. Studies proving GM food health risks are also routinely rejected by bought-and-paid-for government officials.

For many years Jeffrey Smith has been exposing the dangers of GM foods combined with government corruption. Much of his research can be viewed at the Institute for Responsible Technology.

Once one comes to terms with the fact that the global elites want us “useless eaters” dead, all of this can be put into focus.

The information needs to get out to the masses, thus exposing the oligarch’s diabolic agenda.