The Evil of Monsanto and GMOs Explained: Bad Technology, Endless Greed and the Destruction of Humanity

(NaturalNews) By now, nearly all informed people recognize that Monsanto is  widely regarded as the most evil corporation on our planet. But what, exactly,  makes Monsanto so evil? Why is Monsanto worse than a pharmaceutical company, a  pesticide company or even a weapons manufacturer?
The answer to this  question is found in probing the virtue of the corporation in question.  As virtuous people, we expect corporations to act with a sense of fundamental  human decency. We expect them to behave within the boundaries of respecting  human life, honest business practices and reliable science. We (naively) wish  that corporations would act like decent human beings. 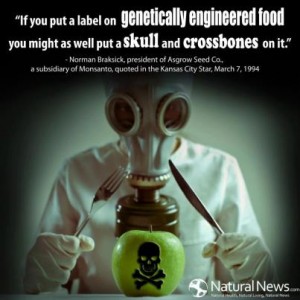 But they  don’t. In their quest for profit at any cost, they violate the basic tenets of  virtue. They betray humanity. They destroy life. They malign Mother Nature  herself, and in doing so, they threaten the very future of sustainable life on  our planet.

Here, I unravel the fundamental “violations of virtue” that  Monsanto practices on a daily basis. It is these things, I think you’ll agree,  that make Monsanto a despicable corporate entity and a threat to all  humankind.