Global Elite Racing To Enslave Us Before Mass Awakening

Pete is back from the Euro Zone with special guest Susanne Posel and David Lory Vanderbeek.

Susanne Posel, of OccupyCorporatism.com, tells Pete she believes a false flag assassination attempt is in the works for President Obama that will change the course of the Nation and indeed the world. As we get closer to the election we are seeing signs of the President being more and more vulnerable to such an attempt as depicted by the mainstream media. Be on the watch for a major false flag before the election. She also explains that QE3 means the FED will soon be buying up 40 billion dollars a month in real property and will soon own enough of America to implement agenda 21. 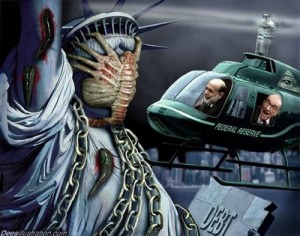 David Lory Vanderbeek, Constitutional candidate for Nevada, comes on the show to tell Pete’s listeners about his new initiative to support the real constitutional movement and what you can do to help. David and Pete cover real events happening in the world with their usual passionate disdain for the globalist plans to take over the world.