The globalist march toward Agenda 21 includes the demonization of population growth and our current urban cities. As if there were a correlation between social upheaval and the explosion 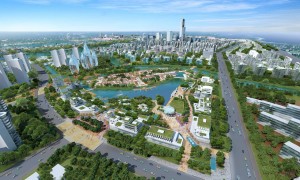 of urbanization, the propaganda abounds creating villains out of those who fight against eminent domain, the right to live in sprawling rural areas and retain their farm lands.

The UN Population Fund (UNPF) calls for a global population reduction by use of family planning which is code for population stabilization to decrease fertility rates.

A new study published claims that as urbanization continues, there will be a decline of biodiversity and the man-made impact on global warming will increase.

Globalist-supported scientists are suggesting that humanity would be better off living in densely populated centers. “We certainly don’t want them strolling about the entire countryside. We want them to save land for nature by living closely [together].”

Urban areas are expected to expand by 1.2 million square miles by 2030.

FDA: How Many of these Vaccine Facts do You Know?